Reality and the Grand Canyon of Imposter Syndrome 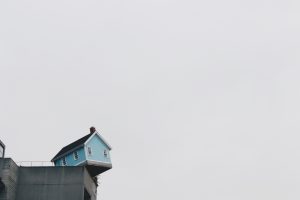 After I signed my contract with Griffyn Ink, Eli Jackson, indie publisher badass, sent me an envelope with two really nice pens. The enclosed note said they were for signing copies when my book came out. I put them in my desk box, the closest thing I have to a drawer because I work at an old IKEA sofa table with the legs cut down. That I would be signing books seemed like an impossibly far off and surreal thing.

I’ve signed a few now. The first one went to my sister, who has always encouraged me, in life and in writing. A stack went off to Slovenia and a few to heart-friends who have supported me along the way. I’ve also signed a few to readers who bought my book at the first few pre-release events on the mini-tour. Those pens are really nice and the readers were even nicer. It still boggles my mind that someone picked up my book, read the back, and purchased it. That happened. I got to watch it happen.

A book with my name on the spine on my shelf, and now a few others’ shelves as well, is an undeniable fact and yet…

I’m incredulous I finished writing and editing a manuscript, someone wanted to publish it, and it’s a thing out in the world. Surely not me. I kept telling myself if one person who’s never met me and doesn’t know anything about me said something nice about the book, then it would be real. It happened and I still didn’t believe it.

The crushing insecurity of the creative mind is a real thing. Self-doubt or imposter syndrome or whatever name you want to give it, is a giant hurdle for a lot of people. There is fantastic work missing from library shelves and gallery walls and concert halls because it is so easy to talk ourselves out onto the I’m-not-good-enough ledge. Trust me there’s a lot of room out here on this jut of land; I’ve built a house on it and farm turnips.

On this journey from idea to dead-tree book in my hand, I’ve learned a few things. Having the idea is a good thing. Putting my butt in the seat to write was an act of will. Finishing it might have been an act of divinity. I did those three things. Of course there were hours and days of “who could possibly want to read this”? Those still happen; I know it’s not literature for the ages. There was the crushing reality of a typo on the opening page (fixed after I ordered my copies for the mini-tour).

Nothing is for everyone. And everything will have at least one devoted fan (I’m totally cool with the fact that it could be my sister). Someone is going to write a review somewhere savaging my book. It is guaranteed to happen and I might print it out and frame it. Someone might also write a review because they laughed out loud (in a good way) at a scene. Someone might cry when a character dies. I hope I hear about it, but I might not get to.

I fully believe when you put anything you create out into the world – a book, a film, a painting, even your kid – you have no control over how anyone else sees your work. That’s a scary prospect but it’s ultimately the thing that makes it real for me. I told a story I wanted to tell. It made me happy to write it. I hope you enjoy reading it. I’m writing the next book in the series.

Step. Step. Step. Back from the yawning canyon of self-doubt. Don’t look down.