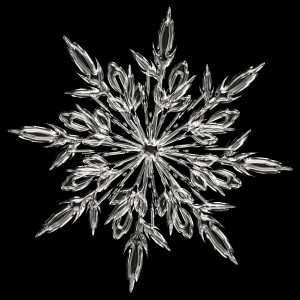 I’ll confess that most of my knowledge of plotting is from field research, mostly reading and watching mysteries since Nancy Drew. I think I’m better at creating characters. Or characters are better at finding me than story arcs, depending on how, or if, you think the muse works. The jury’s still out for me. I tend to straddle that line between wannabe mystic and skeptical pragmatist in the rest of my life, so no surprise I’m suspicious of some external force being the only source of inspiration.

My sister has been my alpha reader, cheering me on from the new and rewritten chapters I’ve inundated her with. (Thank you!) I saved a character because she liked her and was sad to see her disappear. That changed the final arc of the story. She also asked me if I was the protagonist. That stopped me cold. I really didn’t think so, but we definitely have a few things in common.

We both ran off to Slovenia in the early 1990s, but where I came home, Jo stayed. She, like me, is weirdly organized despite having a chaotic mind sometimes. We both have a penchant for mono-chromatic wardrobes and have very similar tastes in music. I used to think I wanted to open a teashop. I get to do that vicariously through her. We both swear like sailors around our inner sanctum folks. We have similar coloring, or used to. I wanted a character that would read American in Slovenia and that’s a tall, cornfed, blue-eyed blonde. But I’m not as brave or impulsive as she is. I’m also not as free from the daggers of others’ opinions as she is in living her life. I strive for that, but I am so not there yet.

I think all writers have a bit of themselves in their characters. It’s a point of connection for figuring out the psychology of their stories. Every character is also a creature of the writer’s mind or plucked and molded from amongst the personalities the writer knows in real life viewed through their perspective. My sister’s question gave me pause though. Maybe Jo was just a vehicle for wish fulfillment and I needed to reevaluate. I took a quick online Myers-Briggs assessment as her to see if she and I were indeed the same person. I’m an INFJ. Jo is an ENFJ.

Uh oh. Is she just an outgoing me?

Nope. According to 16 Personalities, INFJs are the Advocate personality and ENFJs are the Protagonist personality. Funny that. There are similarities but ENFJs are mesmerizing leaders (think Barack Obama or Oprah). The thought of leading the charge scares the absolute crap out of my INFJ self. I’m much happier behind the scenes writing, not starring, in the action.

Just for fun, or for the things writers do to procrastinate from actual writing, I took the MB for my other characters, too. You know, to make sure they weren’t all the same person with different hair. They weren’t. It was really helpful for fleshing out the character sketches I had for each of them. And the assessments became handy references for how each character might act given a choice or situation.

I don’t know that I recommend living your life by the tenets of your personality type, however insightful they feel. Can 8 billion people really be divvied up into 16 buckets? Maybe. Despite our desire to cling to our snowflake uniqueness, I think we are all driven by the same altruistic ideals and base desires fighting it out in our psyches. But it’s at least a little more scientific than a horoscope, says the happily self-confessed Scorpio.

Whether or not you see the MB as infallible or not, it can apparently be a useful tool for writers, or at least this writer. I’m curious if anyone else has used the MB assessment this way or uses other things, like horoscopes or the Enneagram, to flesh out characters’ personalities.