It’s amazing what you can find down an ancient well or on a bit of mosaic floor.

Sunday I’ll be hurtling over the Atlantic on a return visit to Slovenia with my son in tow. I’ve got more research to do, an article on Slovenian microbreweries to write, and a need to show Julian the Alps he’s named for.

The thought of being there again still gives me this nervous, excited flutter in my belly.

I was a naif dreamer when I packed a backpack and took off to spend a year studying the language in 1992. The country of Slovenia had just had a war and was barely a year old. I was younger than Julian is now. (That thought is sobering.) Around the same time, someone said to me, not as a compliment, that I was the kind of person who would see a “road out ahead” sign and keep driving, sure in the knowledge someone would come to my rescue. I took it hard because I was still in a place where I believed other people’s pronouncements about who I was were truths carved in stone.

I do tend to take leaps of faith, though I’m not quite as brave as I used to be. It makes me a little wistful, because some of those swan dives into the unknown produced the best parts of my life. I never purposely jump into alligator-infested waters though I do occasionally land there anyway. I don’t depend on others rescuing me, but I trust I am not alone in the world and that some risks are necessary and worthwhile. Maybe that made me seem recklessness. Being certain there is always somewhere to go if the bottom falls out is an enormous privilege.  I can attest to the fact that I didn’t get that until I got older.

I am no longer as naive as I was at 19 and I might not trust as easily that all will be well in the end. But I am still a dreamer. I fall in love hard. With people, with places. With ideas. Slovenia and I have had a torrid, on again-off again affair for more than half my life. Introducing Keifel to my great love was a bit like bringing your new boyfriend home to meet the parents. Taking Julian there feels much more complex. 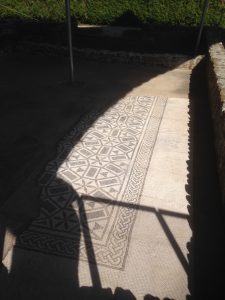 The last two trips birthed Who by Water. I tried to write a nonfiction piece about my formative year spent studying in Ljubljana. It was clunky and awkward and made me feel like I was doing the place I loved and my time there a disservice. Roman Ljubljana, Emona, gifted me a vivid character and a precipitating event. A new story spun out from there.